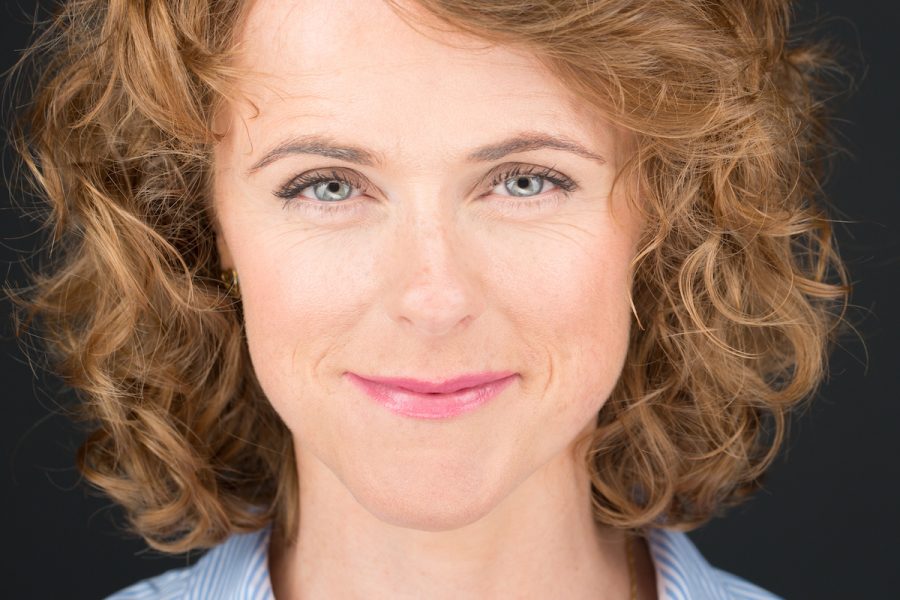 What length of time did the ICF credentialling process take you to go from PCC to MCC?

Personally, for me, the process of transitioning from PCC to MCC occurred in stages. My head and my heart fully leaned into the process at different times.

As a result, from the moment I fully committed to the credentialling process and all that it entails, to receiving the passing results of my MCC assessment, the process took me approximately 15 months.

What challenges did you face, and how did you overcome them?

I feel I faced and overcame some predictable and some unexpected challenges along the journey. Looking back, I would break down the 15-month journey into three stages and three very different experiences.

The first stage consisted of nine months. During the time, I selected an MCC mentor coach and identified a number of suitable clients to work with (four to be exact). I recorded and personally listened back to at least 20 coaching sessions during that time and submitted nine of those recordings to my mentor coach for feedback to aid the process of selecting two recordings required for submission to ICF.

I eventually chose and submitted two recordings to ICF. During this stage of the process, I was painfully aware of how attached I was to being enough as a coach and doing a “good job”. I found it frustrating how much noise my head was making and how driven my ego was by the attraction of the illusive MCC title. In a nutshell, I was attached to my ego and absorbed by the fear of never actually completing coaching sessions that would “hit the mark”.

Being in a state of fear and desire to control the outcome of the credentialling process interfered with my ability to be in a fully present detached state of being. So even though from the outside it may have appeared that I had demonstrated every core competency required to pass the exam and I had selected two recordings which were endorsed by my mentor coach, I knew there was still a niggle remaining; my own internal gremlin which was a toxic combination of fear and control.

At the end of this stage, I faced one of my biggest fears; I did not pass my first attempt at the MCC recording evaluation assessment.

I found the feedback I received from the ICF assessors to be detailed and valuable and for the most part, I agreed with their comments. However, to say I was disappointed and upset with the results would be an understatement. I experienced a roller coaster of emotions ranging from frustration to embarrassment. I was mostly frustrated with myself and the realisation of how much attachment I had placed on the result as a measure of my worth not only as a coach but simply as a person. It was a classic example of searching for a sense of self-worth outside instead of inside, and how did I not see it?!

I also did not realise how much fear I held around what other people would think of me, or how much my ego wanted to use the MCC as a symbol of my success to others in the realm of self-employment. A significant part of my work involves mentor coaching other coaches who wish to apply for an ICF credential. What would they think? Who would want to work with me as their mentor when I am not even passing the exam? What a fraud I am to remind my mentee clients that there is no such thing as failure, only feedback, and to let go of the need to pass the exam when my ego is having an internal tantrum at my own results?!

My ‘be perfect’ driver and need to control were now in overdrive, naively I had set myself a three-month time frame to successfully complete the MCC credentialling process, and here I was nine months later, feeling like I was back at the starting line. My head was running the show and enjoying the task of counting the ever-mounting challenges I thought I now had to overcome to pass….did I even want to try again?!

So in short, after I allowed myself a few days to wallow as a victim, I decided to change my whole approach. Looking back now, this was the moment my heart intervened from her quiet solitude.
I decided to re-visit my personal contract with this credentialling process. It was a tri-party agreement between my head, my heart and the MCC. After a little internal resistance and a conversation with my mentor, I committed to taking some space away from the process that I was so heavily involved in for the previous winter months. It was the beginning of the summer and I took three months to invite myself to completely detach from the process.

I reflected on some very honest questions I asked myself and explored with curiosity and non-judgement what I truly desired for myself. Why did I want this MCC so much? What did I value about it? Who is it for? What am I distracting myself from? What am I afraid of? What do I need to know about myself? What void am I trying to fill? What limiting beliefs am I holding onto? What am I hiding from? How do I wish to be? Space for this internal conversation to unfold over the summer months was the greatest gift I could have given myself. Energetically my whole perspective about the process and my state of being within it shifted, a weight was lifted and I could feel myself detaching from ego. I let go.

I needed to fail at my first attempt to experience a new knowing about myself. What I thought was my biggest fear, was actually my biggest gift. I found a capacity for resilience and resourcefulness in myself I did not know even existed. I now began to measure my power as a human being and a coach based on my willingness to be vulnerable. I was blown away by the love and acceptance I experienced from fellow coaching colleagues, peers and coach mentees when I summoned the courage to share that I had applied for MCC and not passed on my first attempt. I fully realised none of them was measuring my worth as a coach based on a credential, but based on their personal experience of me, my authentic way of being and willingness to be open, honest and vulnerable. I needed to be shown that again and this process has afforded me the opportunity.

After the summer, I woke up one morning and I just knew it was the time to re-engage in the MCC application process. I was scheduled to begin coaching a new client that week. I had not worked with this person before, I had no idea what they would use the sessions for, only that there was a clear sense of how committed they were to the process. I had set the intention, that the sessions I was to submit for evaluation would present themselves and that was all I needed to know. I let go of time-frames, etc.

Not surprisingly, it transpired that within five weeks of collaborating with this client, I had selected two recordings and submitted them to ICF for assessment. Eight weeks later I received my results and learned that I had been awarded the MCC credential. By letting go fully of my attachment to the outcome of the process, the MCC came to me.

What key points do you need to be mindful of when going from PCC to MCC?

What advice would you give those intending on pursuing this path?

I would highly recommend the journey to anyone. It has been a very humbling experience and an extremely valuable learning journey not only for me as a coach wishing to deepen my competence but also as a human being and how I wish to be with others. What I thought I would gain out of it, I have received but also much more. The actual credential itself was an added bonus.

For anybody considering embarking on the journey towards MCC I would recommend:

What difference has the MCC credential made to your work?

A significant part of my professional work involves acting as a mentor coach to other coaches who wish to apply for an ICF credential. I feel this process has hugely helped my ability to accompany somebody on that journey as I know first-hand what to expect on the way. With my private 1:1 coaching clients, this experience enabled me to fine-tune my ability to fully understand what it means to partner with your client in a conversation. I have become much more confident in being able to identify for myself what type of working opportunities that come my way I am suitably aligned with and which ones I am not.

I have given myself permission to say no as much as I say yes to potential work opportunities. I feel much more at peace with my own sense of self and style as a coach. I notice looking back now as I embark on renewing my MCC credential this year, that I feel much more at ease speaking about the purpose of pure coaching and what the process itself entails, with coaches I mentor and professional clients. I now use my ability to simplify the definition as a metric for the growth in my knowledge. However, I feel the learning journey is never over as a Coach. I have also just completed the ICF PCC Assessor training programme which I thoroughly enjoyed.

Looking back at the process, is there anything you would have done differently?

I trust my experience of the process was exactly how it was meant to be. If I was told beforehand about the roller coaster of emotions I would experience, that I would not pass at my first attempt, that it would take me 15 months and not three months to complete it, I wonder would I have avoided it out of fear. But I doubt it.

Embracing the unknown and being open to the unexpected allowed me to grow immensely as a coach. This experience is about the journey and not the destination. I do think I would not be so hard on myself. I would remind myself that there is no such thing as the perfect recording.

What support did you have during the process?

Before I began the process, I did not share with many people what I was embarking on because I wanted it to be personal to me and wanted to be detached as much as possible from the opinion of others, positive or negative. I think it is invaluable to build a strong relationship with your mentor coach who will be your champion, your challenger and supporter along the way.

I engaged regularly in a coaching community of practice. I took the opportunity to watch live coaching demonstrations as often as possible. I participated in the ICF reciprocal coaching service.
I was also very fortunate to act as a lead mentor on an ICF-accredited coaching training programme for a number of years, which allowed me the opportunity to continuously fine-tune my use of core coaching competencies. 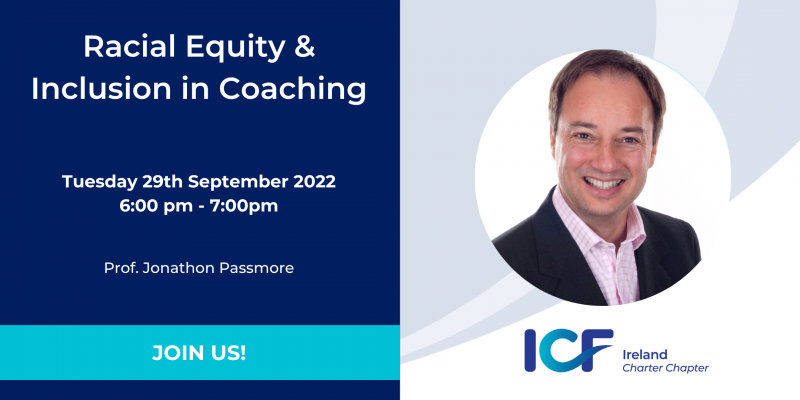 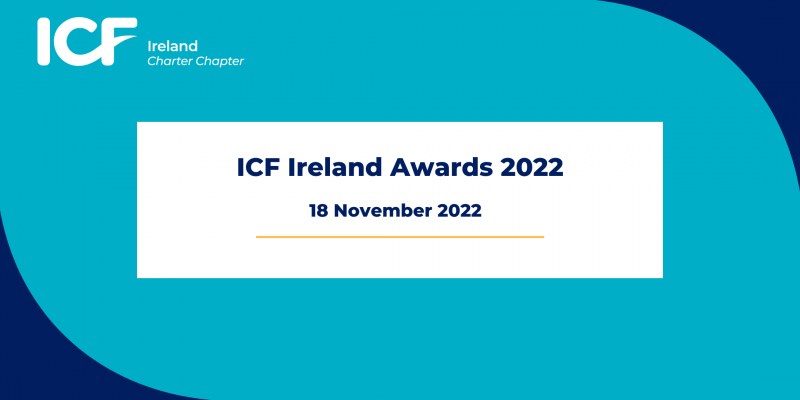 Latest From the Blog